Few pot growers go to jail, but that could change

Study finds about one in six grow-op convictions results in jail time, but mandatory minimums will put more behind bars 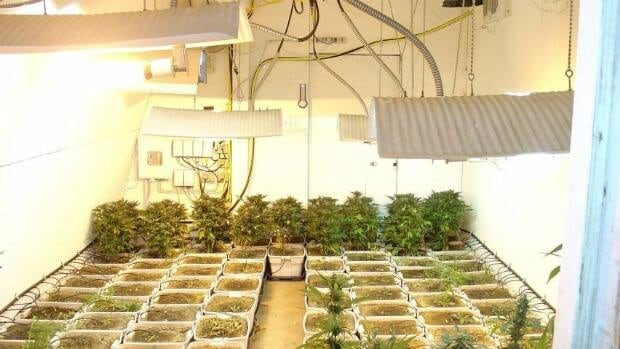 A Justice Department study finds that only about one in six people convicted for running a marijuana grow-op go to jail. Proposed mandatory minimum sentences in the Conservative government’s omnibus bill would increase the number of criminals serving time for this crime. (File photo/RCMP handout)

Only about one of every six people convicted in marijuana grow-op cases goes to jail, says a newly released Justice Department study.

The finding suggests the new minimum-sentence provisions in the Conservative government’s omnibus crime bill could dramatically increase the number of people behind bars for running grow-ops.

Bill C-10, now before a House of Commons committee, would impose a minimum sentence of six months in jail for anyone growing between six and 200 marijuana plants. Minimum terms increase in steps to two years for higher quantities, with even more severe terms for using rented premises.

The Justice Department examined court cases involving indoor grow-ops in British Columbia, Alberta and Ontario between 1997 and 2005, a study billed as unique because it was multi-jurisdictional and included criminal records from a police database. The cases were chosen randomly from all such prosecutions over the eight-year period.

Among many findings, researchers determined that only a handful of the 415 people convicted in the grow-op cases were actually sent to jail.

“For those convicted of production in relation to a grow operation, fines were the most common sentence (39 per cent), followed by conditional sentences (35 per cent) and incarceration (16 per cent),” said the study, completed March 30 this year.

The report also found that about nine of every 10 convictions was the result of a guilty plea, rather than a court ruling.

Critics of minimum sentencing have warned that accused persons will more likely fight grow-op and other charges in court if a jail term is mandatory, clogging up the already overburdened justice system.

The grow-op study’s findings also suggested there could be a five-fold increase in people being sent to jail under the proposed minimum-sentence regime, which removes judges’ discretion.

But some legal experts have said discretion will simply shift to Crown prosecutors, who determine what charges are laid, so that the jailed grow-operator population would not necessarily expand so dramatically.

The study was obtained by The Canadian Press under the Access to Information Act.

A Justice Department spokeswoman said the grow-op research was unrelated to the omnibus crime bill, which was a key election plank in the Conservative platform for the May 2 election.

“The study was undertaken as part of a series of reports focusing on illicit substances legislation,” Carole Saindon said in an email. “It was not undertaken to inform the debate of Bill C-10.”

“The study replicates findings from prior academic research in the area and expands the geographic scope.”

Researchers said there were an average of 253 marijuana plants at each grow-op, with a low of two plants and a few with more than a thousand. The largest had 3,629 plants.

The severity of the penalty was generally related to the number of plants and a few other factors.

“Incarceration for cannabis production was typically given in cases where weapons were found, when the plant counts were high and when the offender had a prior history of drug offending,” says the study.

Fines were more likely for smaller plant counts and for offenders who owned the grow-op property and had a job. Only five per cent of cases had any indication of links to organized crime or street gangs.

Those who were incarcerated had a median jail sentence of four months, that is, half had a shorter sentence, half a longer one.